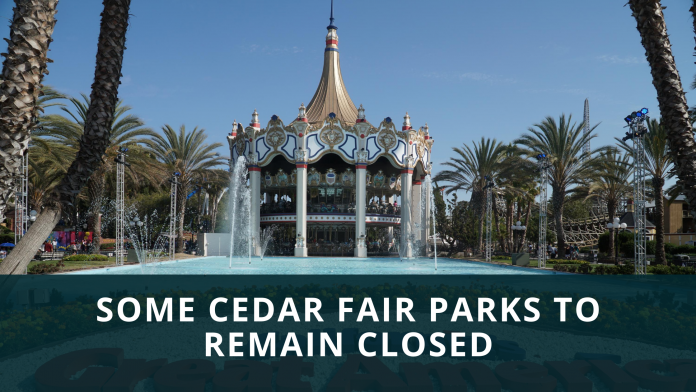 Carowinds, Kings Dominion, Valleyfair, and more to remain closed for the 2020 season.

Today, Cedar Fair announced that it would completely delay the opening of several of their parks for the 2020 season. The parks on this list are Carowinds, Kings Dominion, Valleyfair, California’s Great America, and Gilroy Gardens(which it operates but does not own). These parks are not expected to open at all this year, Cedar Fair announced. Passholders will have their passes extended for the full 2021 season to make up for the closures.

However, Cedar Fair also announced that two of it’s parks remain in a state of readiness as the parks continue to talk with local authorities about reopening. Executives are optimistic that these two parks might be able to open this season. In fact, Knott’s was able to open for a limited food festival that we covered earlier last month. If the food festival continues to prove safe and fun, it is hoped that authorities would allow the park to open it’s rides as well.

The parks that are open have been seeing the number of calendar days they are open shift due to market trends. Some parks are closing earlier in the season on September 7th. Two parks will remain open until Sunday November 1st, Cedar Point and Kings Island.