Recently there was a Coco ride hoax where rumors swirled around The Haunted Mansion being closed and replaced with a Coco reskin. Obviously there was a huge outcry as the mansion is a beloved ride for all. Well, this got me thinking of how Disney could add a Coco ride to their parks. I immediately fell upon Epcot and its Mexican Pavilion. Could they add a side building to it and make a new ride? Possible but doubtful. The only other option left was to remodel the Grand Fiesta Tour which was itself a remodel of a previous ride.

The benefits of doing this would be huge. The current ride almost never has a line and when it does, its because people are getting their own boat alone. Changing up the ride to a more modern theme with Disney’s newest movie would definitely bring the crowds back to this ride.

Like the previous remodel, my version would keep most of the same layout. I decided to make some graphics to show off my idea of how to transform the Grand Fiesta Tour into my Coco concept.

The first room you would see would be Miguel’s hometown, Santa Cecilia, Mexico. It’s the day of the dead and you’re seeing the memorial that is put up. 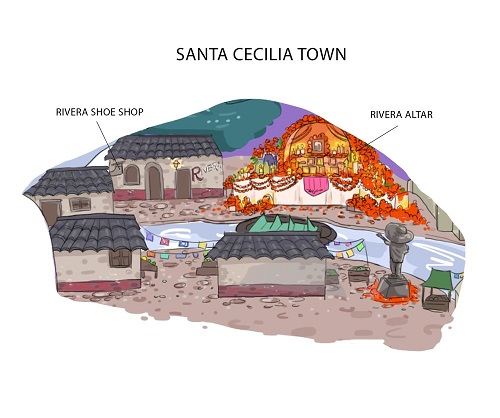 The next room would be replaced with a cemetery lit up with hundreds of various bouquets of flower strewn about. You might even see some animatronics of people kneeling beside a grave or walking in the distance. Then as you continue to travel onwards, you come across Ernesto Dela Cruz’s Tomb. This would replace the previous tunnel. 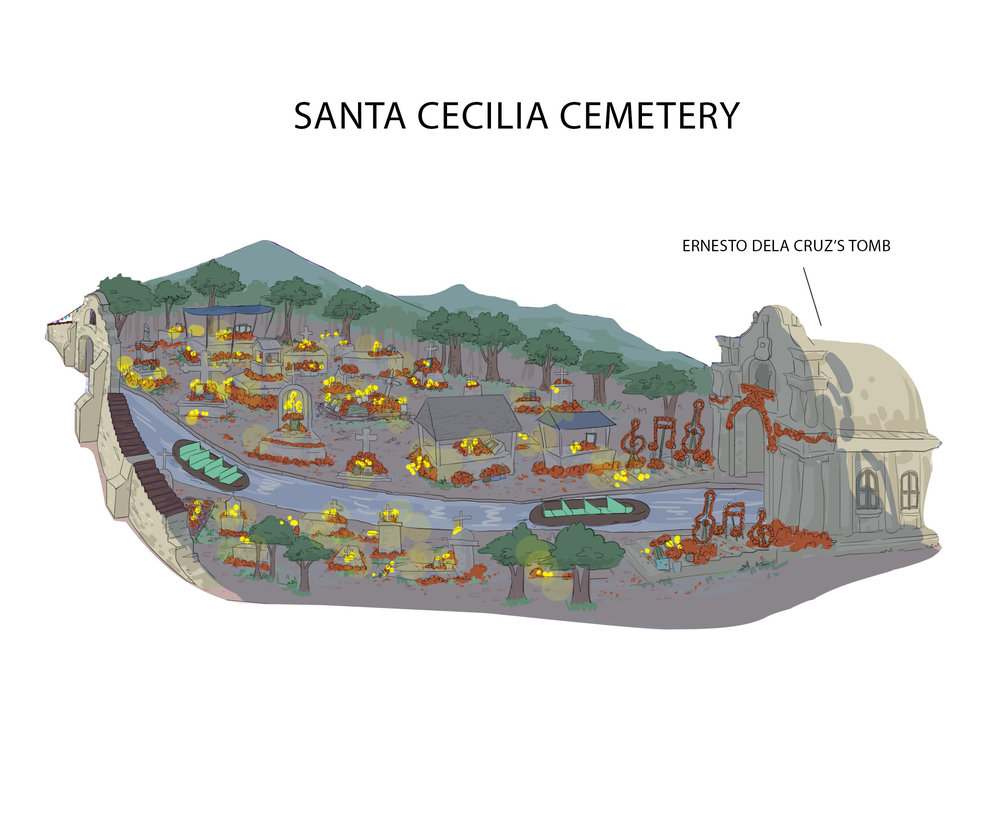 Inside the tunnel you would see miguel reaching up, taking the famed guitar, and then playing it. This would be played on a similar screen to what is currently in operation.

Two additional screens would be added after this. One of which showing Miguel scared and running out of the tomb 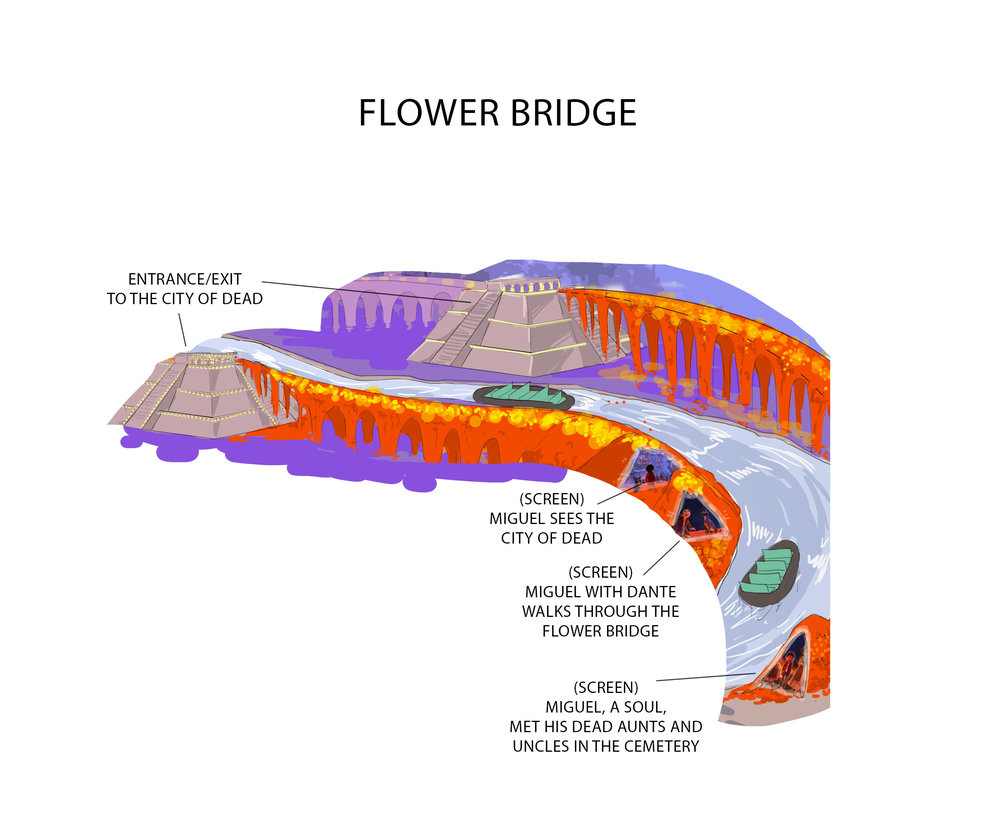 The next screen would show him wandering through the cemetary and passing through crows of people as if a ghost. You can hear him repeat ‘hello’ ‘hello?’

You would then follow him as he walked over the petal bridge and across the pyramids. Orange flowers would be literally everywhere and flowing down from the sides of the walls and into the water. 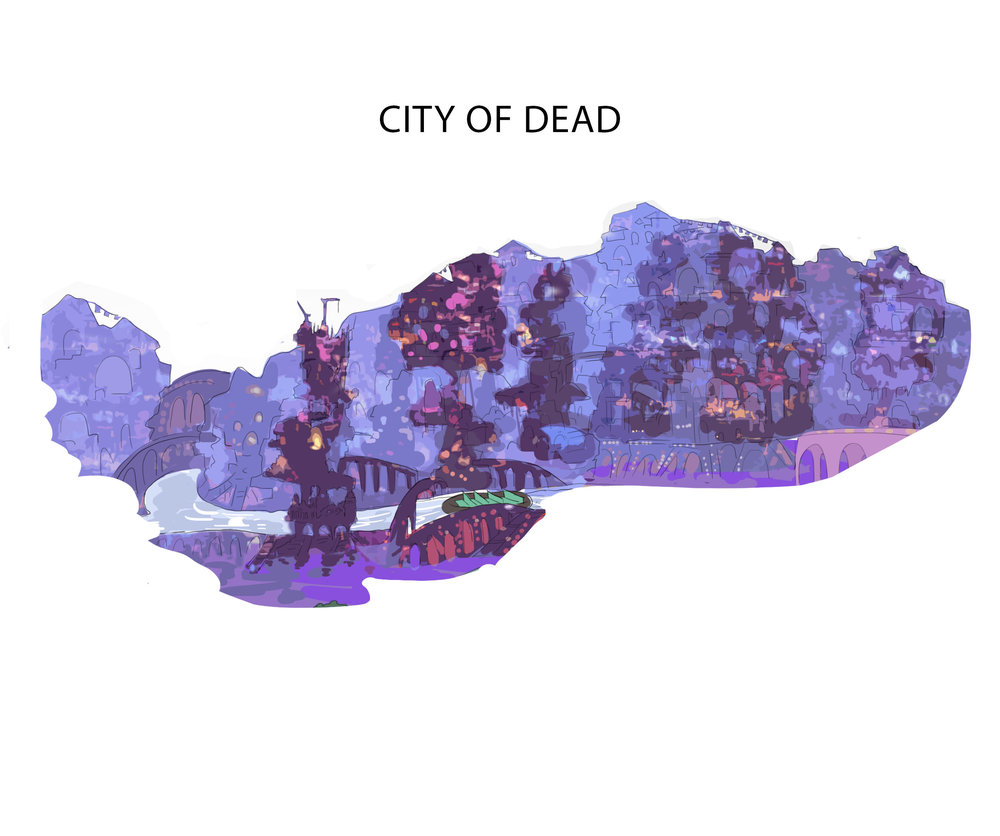 After you exit the large room, the next screen would show you meeting the famous Ernesto 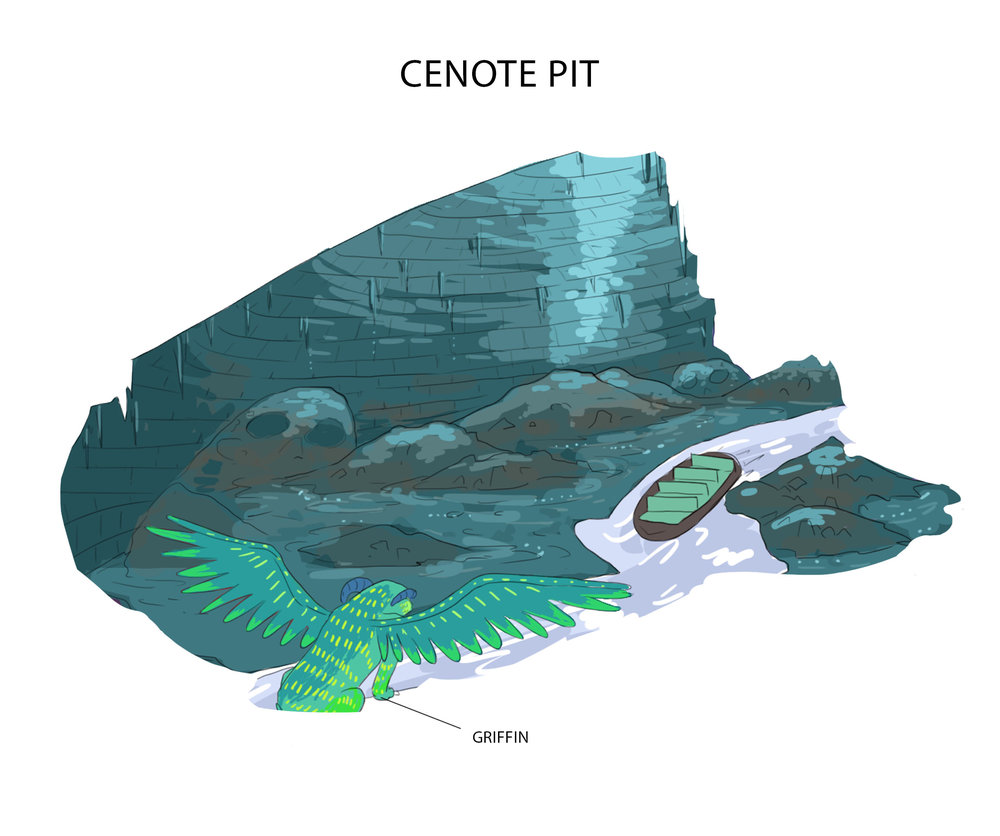 The last big room would change into the city of the dead again. Miguel and hector would replace Donald and the two birds on stage. The background would change from Mexico city to instead the colorful buildings from the movie. Fireworks would still be going off but would be changed to those from the movie. Full of brilliant skulls and flowers in the sky. 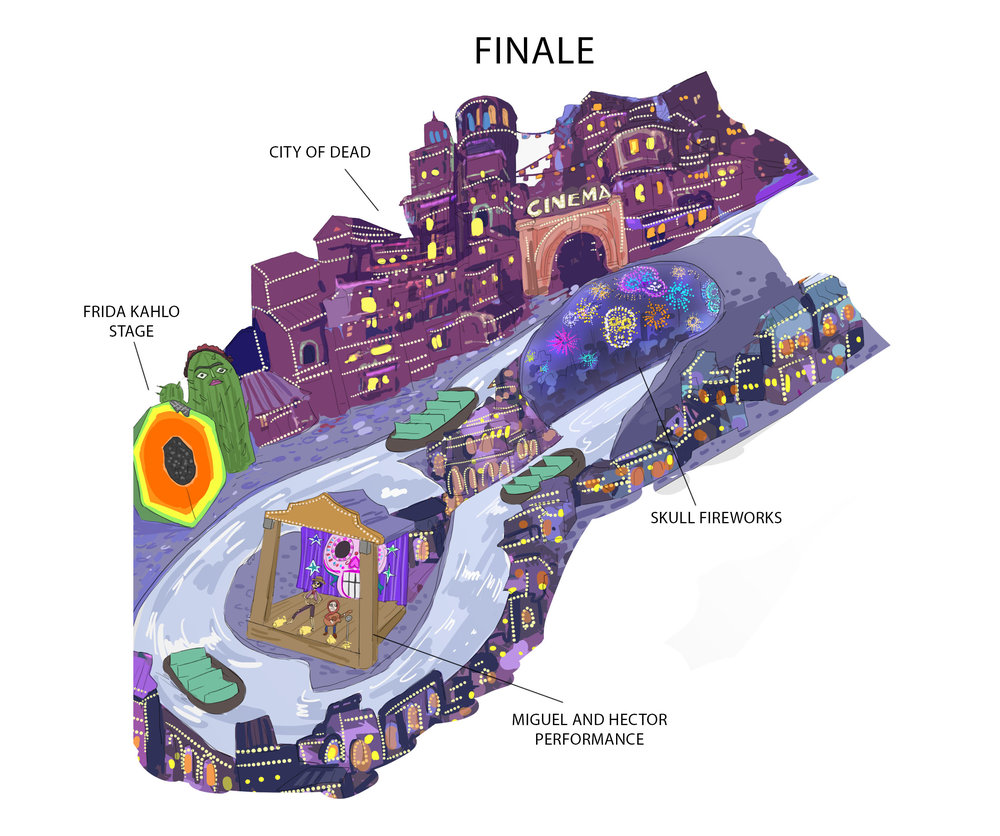 I think this would be a great change in the current Grand Fiesta Tour which is a little outdated. Coco is a recent movie with a lot of appeal currently. I’m sure Disney is already thinking about how they can bring the movie to life in a ride and maybe they do it this way. What are your thoughts on having the Grand Fiesta Tour replaced? Comment Below! We created a ride based on the movie UP, that you can read about HERE. 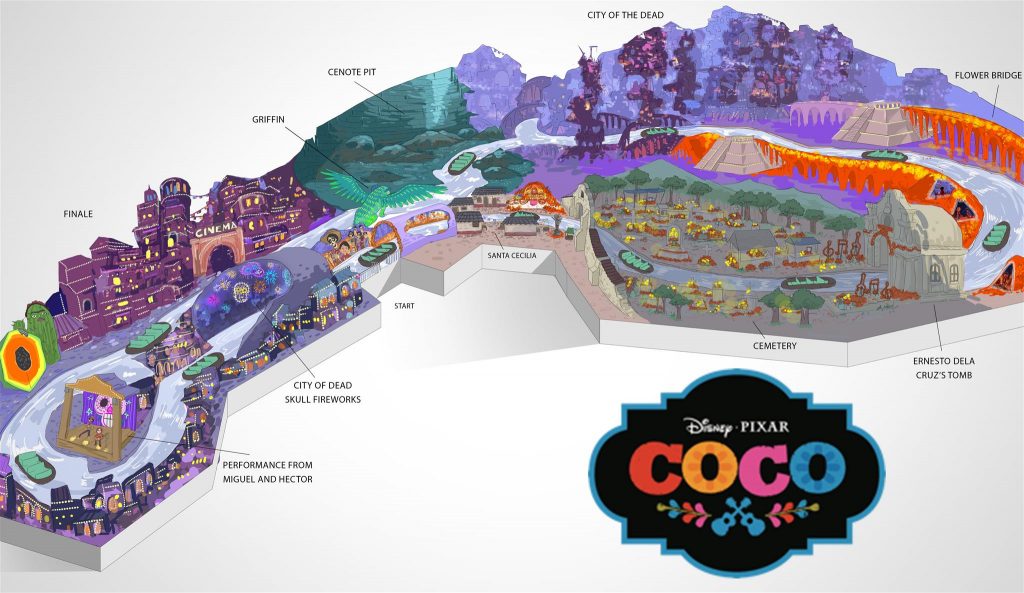 Also, just a reminder this is a fan concept and is no way endorsed by Disney