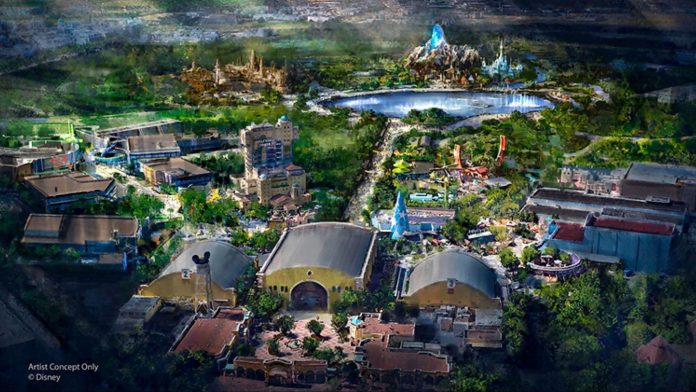 If it seems like Disney is on a roll with upgrading their parks than you’re right. They’re leaving no park unturned and trying to upgrade each one.
Disney Paris is next on the upgrade bandwagon.
On Tuesday, Disney announced that it would be investing another $2.4 billion into the Paris park. This is on top of the $1.2 billion it invested back in 2014.
The new investment will create 3 new lands in the park:

Construction should start in 2021 and will be in 3 phases. A lake will be created that will connect these 3 new lands. My guess as to where the new lands will be built is somewhere south of their Motor Action show. It just seems like a lot of land that is prime real estate for 3 huge new lands. Below is a map from google showing the area. 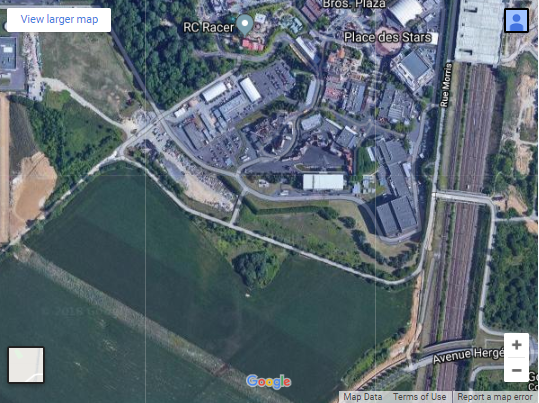 It’s hard to imagine that they build it north of Star Tours, as that doesn’t seem like ample space. Below is a map showing the space 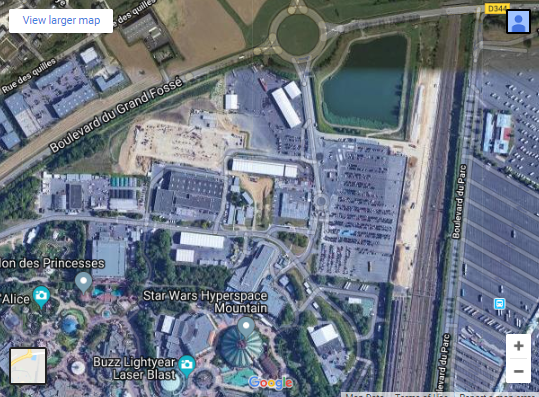 There are a few reasons why Disney is making this investment. First, their previous investment of $1 billion helped boost park attendance. In fact Disney Paris, which has usually been a red mark in Disney’s accounting books, has been profitable the past three quarters including a new first quarter record this year in terms of revenue.

Secondly, until recently, Disney didn’t actually own 100% of the park. When they first built the park, they had to set up an SCA (Societe en commandite par actions)’ which basically meant that the park had to be publicly traded and Disney owned shares not an outright ownership %. This equated to about 40% of the stock prior to 2015. Since then, they have been slowly acquiring more and more shares. Just last year, Disney purchased the remaining shares that were listed on the stock market and then de-listed it from the exchange.

Disney has recently confirmed that it's upcoming superhero, Captain Marvel, will be featured at their Disneyland Paris park from March 23rd until June 16th....
Read more

Guests and some staff at the New York Hotel in Disneyland Paris were accidentally poisoned in an accident caused by a mix-up of chemicals...
Read more