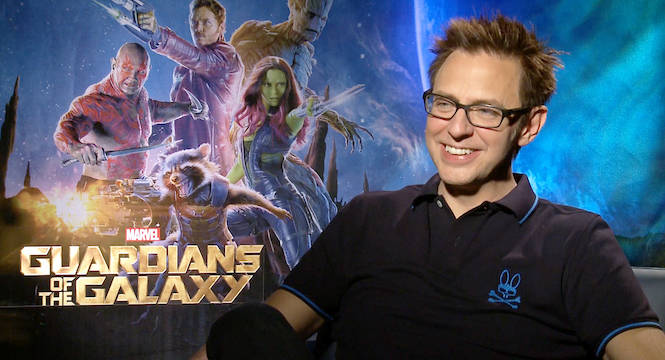 James Gunn is Back! Once Fired Director Will Return to Direct Guardians of the Galaxy 3

James Gunn, who was fired last July after alt-right journalists dug up ancient tweets of his, has been reinstated as director of Guardians of the Galaxy 3. GOTG 3 has been plagued by many directors not wanting to take on the project and some even advocating for Gunn coming back. Most actors in the movie also publicly stated they wanted Gunn back with Dave Bautista even threatening to not be a part of any future Disney movies. He went on to say that he would fulfill his contract for GOTG 3 because he doesn’t break his promises.

Overall, this is excellent news that was strategically released a day after the new Infinity War trailer to hide it. Disney was smart in delaying this news until something bigger took its place(ie Endgame Trailer).

James Gunn will direct Suicide Squad 2 prior to directing the new GOTG 3 movie. This will make him one of just a few directors that have worked on Competing Super Hero Universes.

There is a new challenger to Disney Paris in Europe

There are some great theme parks in Europe including Disney Paris, Efteling, Alton Towers, and Europa. However, there will soon be another competitor in the market. Currently named, The London Resort(formerly called Paramount Park), this new part will open in Dartford Kent. Originally planned to open in 2019, significant delays caused the date to be pushed back until 2024.
Read more

The First Roller Coaster At Sea!

Introducing BOLT, the fastest and first roller coaster at sea. Guests can strap in and hold on as they are whisked around the top of a Carnival cruise ship. Soon to be available on the Mardi Gras cruise ship in 2020, this fast roller coaster will be a huge thrill for guests aboard. Since Mardi Gras is their newest and largest ship in the fleet measuring in at 1129 feet, this track will have a lot of space to move. You'll find yourself 187 feet above sea level as you zoom around the ship.
Read more

A post on reddit has been getting a lot of interesting responses from former Theme park workers. The post was made on AskReddit where...
Read more

The Top 25 Themeparks ranked by TripAdvisor

TripAdvisor recently announced their annual list of the best Themeparks and Waterparks around the world! You'll notice that Disneyworld and Universal in Orlando hold...
Read more