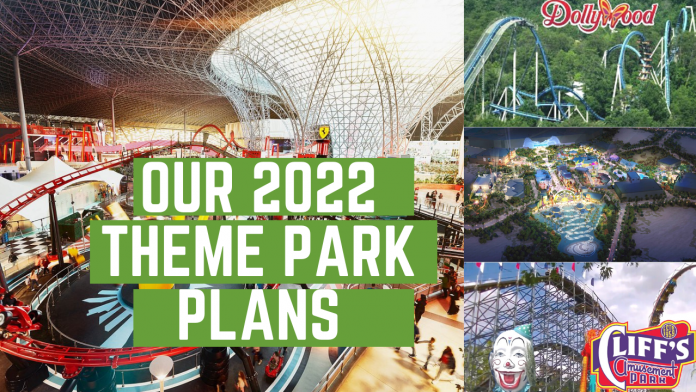 I’d like to introduce the new parks and attractions we’ll be visiting this year! The list is quite long as we have some catching up to do. Our visits this year are mostly new parks, we’re not revisiting a lot of parks that we would’ve liked to simply because there are just too many theme parks to choose from! We’ll be revisiting Disneyland this year 3 or more times. Their Spiderman ride was just fantastic and I can’t wait to get back on it. Plus, we’d love to film a lot of their rides for our 360 channel that you can check out here. While in the Southern California area, we do hope to do Knott’s and/or Universal Studios. Sadly, I don’t think we’ll be able to do Six Flags Magic Mountain this year but if we can fit it in, then we’ll absolutely do it! I have yet to ride a number of their coasters including their newest one, West Coast Racers. If all goes well, they will also be getting a new single rail coaster that opens in the summer!

Here’s a list of the new parks we’re visiting in the United States:

Yes, these aren’t large parks but we’ll be getting a pass to all their parks this season and will be hitting them all up!

Finally, we’ve come upon our biggest trip yet! We’ll be visiting Dubai and Abu Dhabi for 2 weeks! We want to literally do all their theme parks. This is where our list exponentially grows! They have just a ton of parks and attractions over there!

If you’ve made it this far, you know we’re locals to Orlando so we’ll be hitting up all the parks in central Florida. This includes all the new festivals in our area, Halloween events, and more! Be sure to follow us on all our social media channels: Instagram, Facebook, our main youtube channel, our 360 channel, and our pov/shows channel