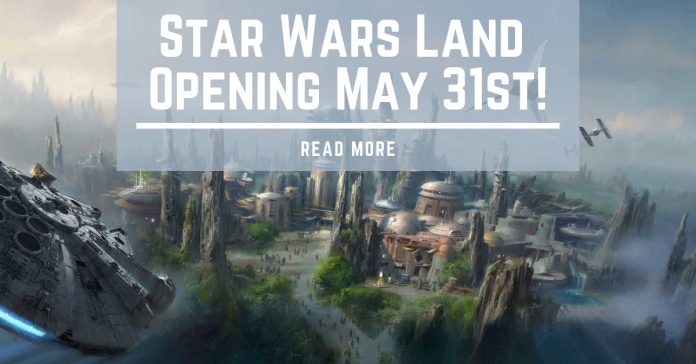 Disney just dropped the official dates for the opening of both star wars lands in Anaheim and Orlando.

Disneyland Anaheim will have its star wars land open May 31st!

Disneyworld will have its star wars land open August 29th!

This is definitely earlier than expected for both locations but it makes sense for one HUGE reason. One of the main rides in this new land will not be opening at the same time as the land. Rise of the Resistance will be delayed in opening. Disney has said that this is to make the opening of the land come in phases to hopefully alleviate some of the crowds.