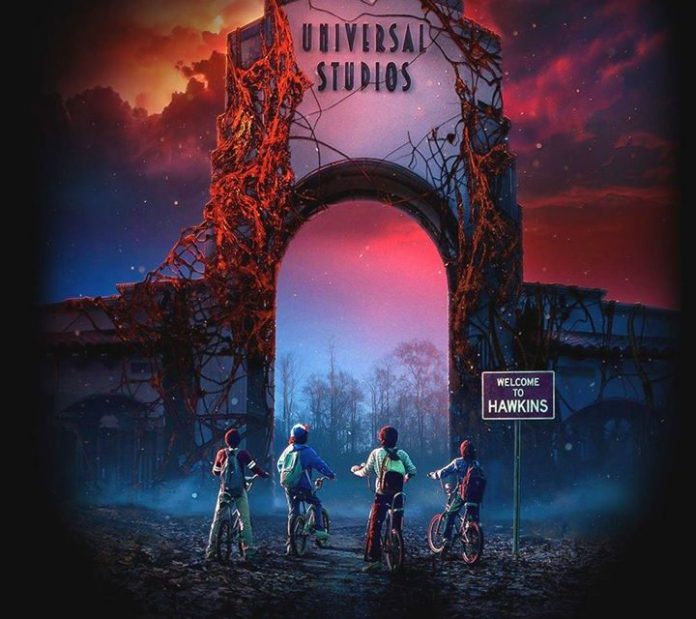 Some strange things are happening at Universal Orlando!

It was announced on Tuesday that it was partnering with Netflix and bringing ‘Stranger Things’ to life at Halloween Horror Nights 2018 at its Hollywood, Orlando, and Singapore parks.

Expect some cool things to be included in this partnership. Like being hunted by a Demogorgon or possibly seeing barb being feasted upon. Or maybe even the demo dogs to be a feature!

Netflix CEO Reed Hastings has hinted at previously that he would be interested in expanding into the themepark industry. This would definitely be the start of something like this happening.

If the crowds enjoy the temporary attraction, then it could be the start of an even greater partnership between the two companies.