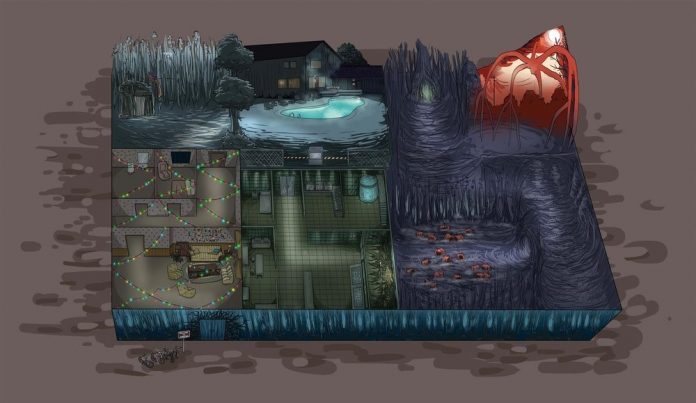 Recently, Netflix announced that they would be partnering with Universal and bringing their Stranger Things IP(Intellectual Property) as a haunted house to Halloween Horror Nights(HHN). This was such a great move by both parties. It gets more viewers to check out the awesome show and it brings a great new IP to HHN. One of the problems for previous HHN’s have been the same villains showing up and scaring guests. This new haunted house will spice things up with some brand new horror and hopefully some new haunted house mechanics. Speaking of haunted houses, we created a ride based on the movie IT, check it out here. 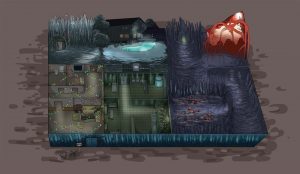 As part of my loving desire to build cool concepts of rides and attractions, I decided to tackle this project and see what I could come up with. Let me know in the comments what you think or what area’s you would have liked to have seen.

Something strange is happening in Hawkins, Indiana. Recently your friend Will went missing. You ride your bike along with Mike, Dustin, and Lucas down to the forest to try and search for him! Where will the trail take you and what took Will? 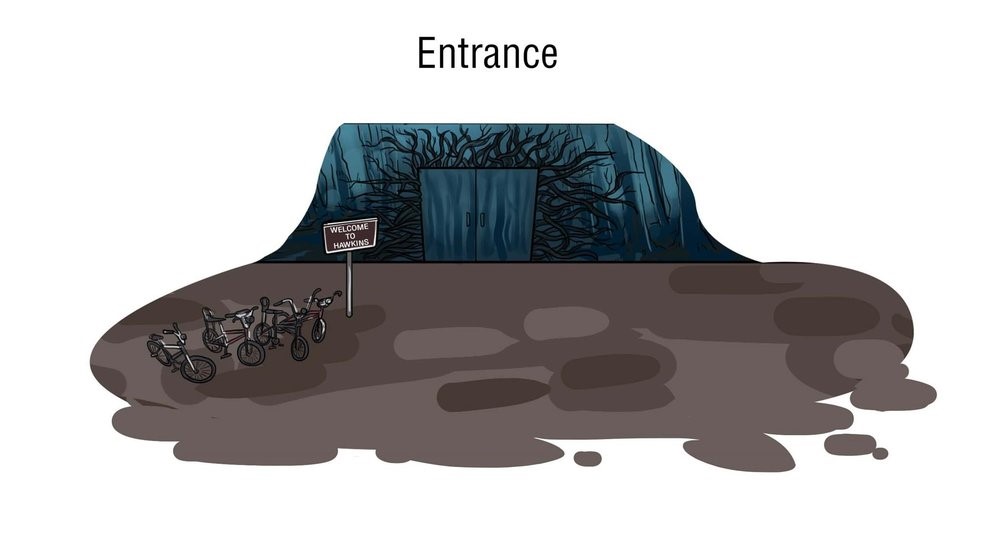 So in front of the maze has to be the bikes that are commonly featured throughout the show. In previous years, you might see the following outside a maze at one of the Universal properties to build up hype

These bikes would act as the prop that builds the story for the audience. You might even have an actor run up to guests throughout the line asking if they have seen Will and to keep an eye out for him. 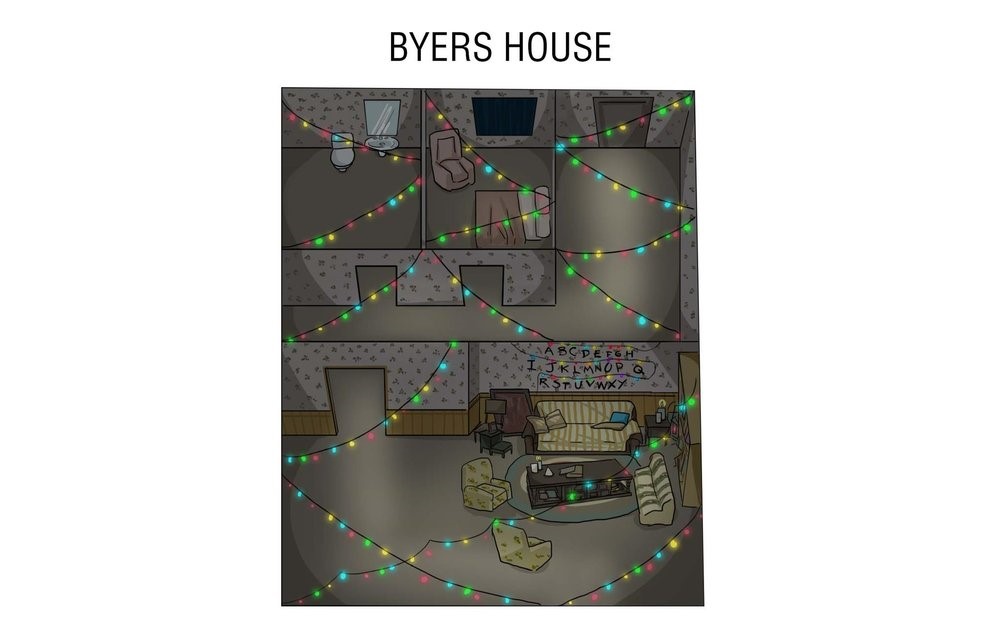 The first room you enter would be the Byers house. Something weird has been going on with the lights, especially after Joyce set up all these Christmas lights. When you enter the first room the lights start to flicker. The lights on the wall start to spell out the word ‘Run’ ‘Run’ ‘Run’ over and over again. The bathroom has a bulging wall to it, like a monster is coming out of the walls. The bedroom next door would have an actual demogorgan lurch out at the guests as they move on. 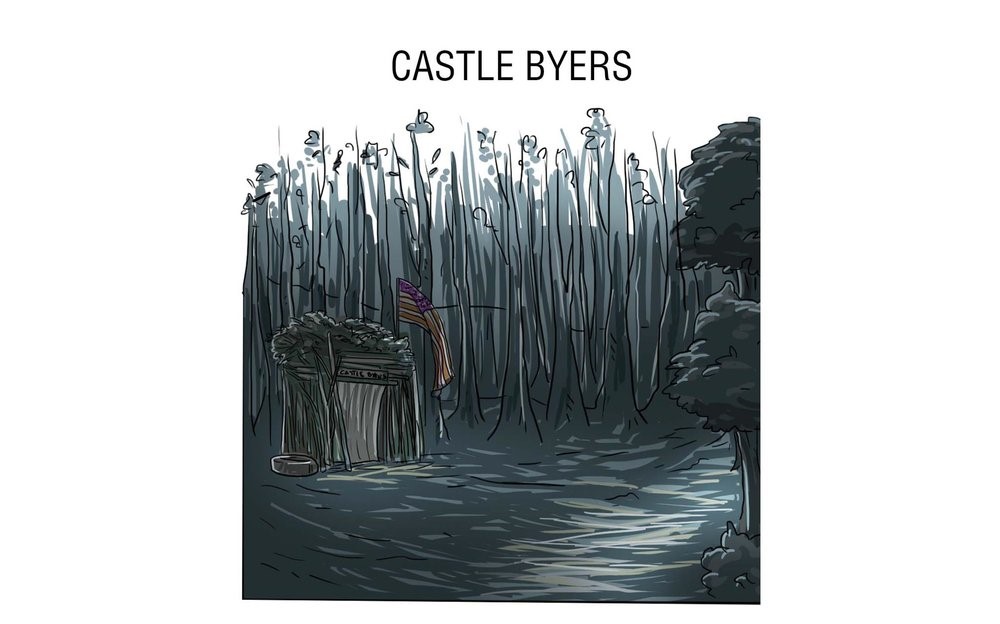 This next area would be a wooded area with the occasional demogorgan popping out and scarring the guests. Inside castle byers itself, would be Joyce with a knife who is obviously distraught and thinks you kidnapped Will. And so she chases after you a bit or lunges at you with the knife.

Next up on the scare plan is Steve’s house. This is where Barb is taken but no one would really care and would just walk by as a monster snatches her up. 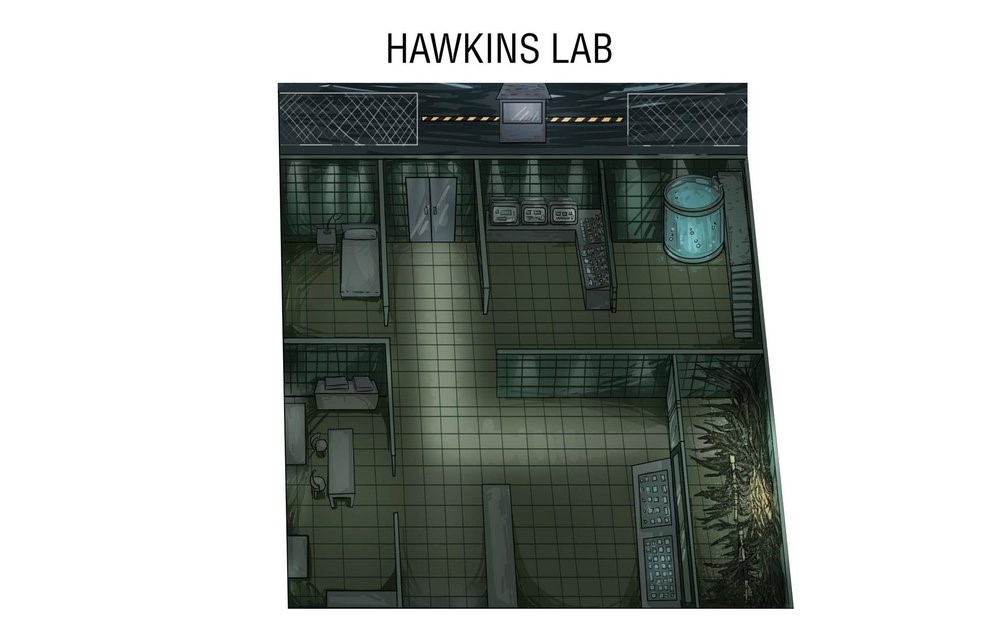 You’re venturing into Hawkins lab next. This is where you would have scientists that have been wounded by the Demogorgan run up to you and beg for help. Sometimes the monster would be close behind them and snatch them up right when they ask for help. Inside the water tank would be a female scientist who attempted to mimic Eleven’s experiment. She would either be dead or banging on the class asking to be let out. In one room you might even have Eleven kill someone in the military with her mind! 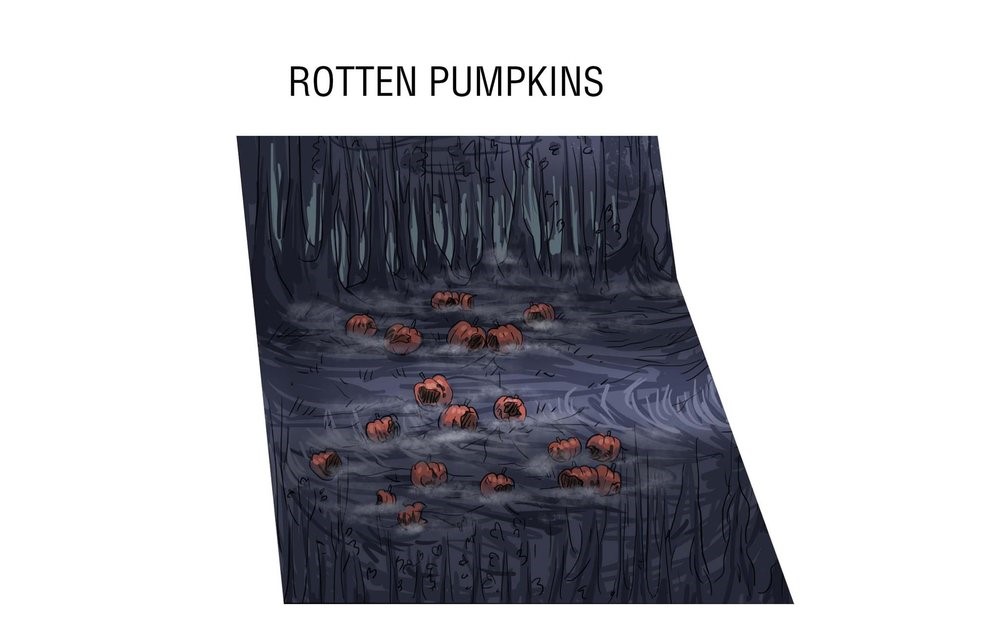 The air would be filled with a certain stench inside this next room. There would be hundreds of pumpkins strewn about the room, some of them piled in a way that would make good cover for an actor to hide behind. Other sections might include hay bales stacked high with a monster hiding behind it. 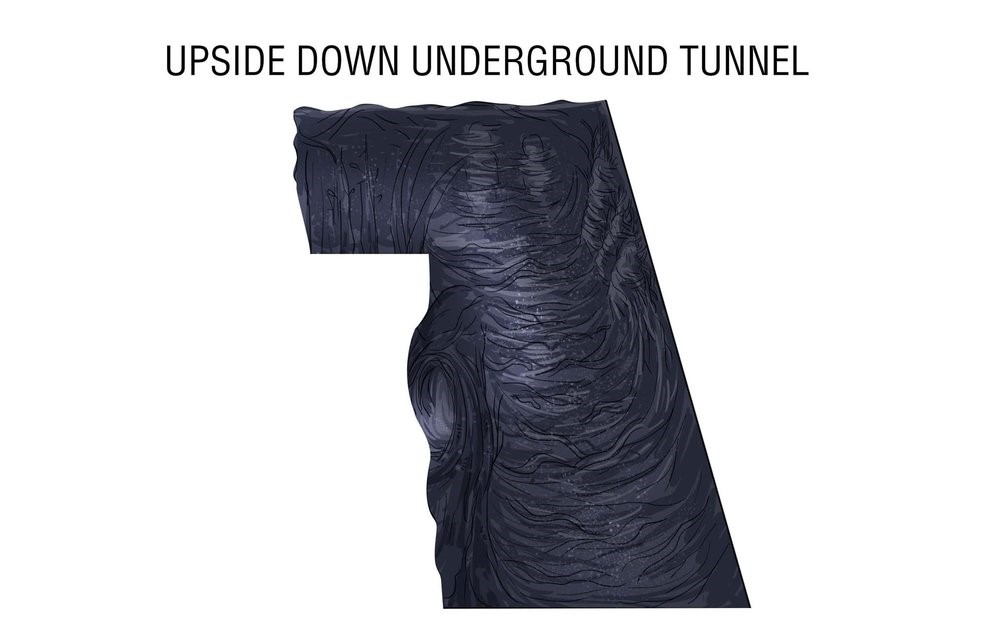 You’re journeying now through the underground tunnel. Inside this section there would be black flakes floating down from the top of the tunnel. You’re almost inside the upside down and it’s effects are evident. You see dead citizens laying alongside the walls, some of them are even trapped against the wall in an ooze. Maybe some of them are alive and beg you to help. You hear rustling in this area and animatronic demodogs scare you throughout the tunnel. 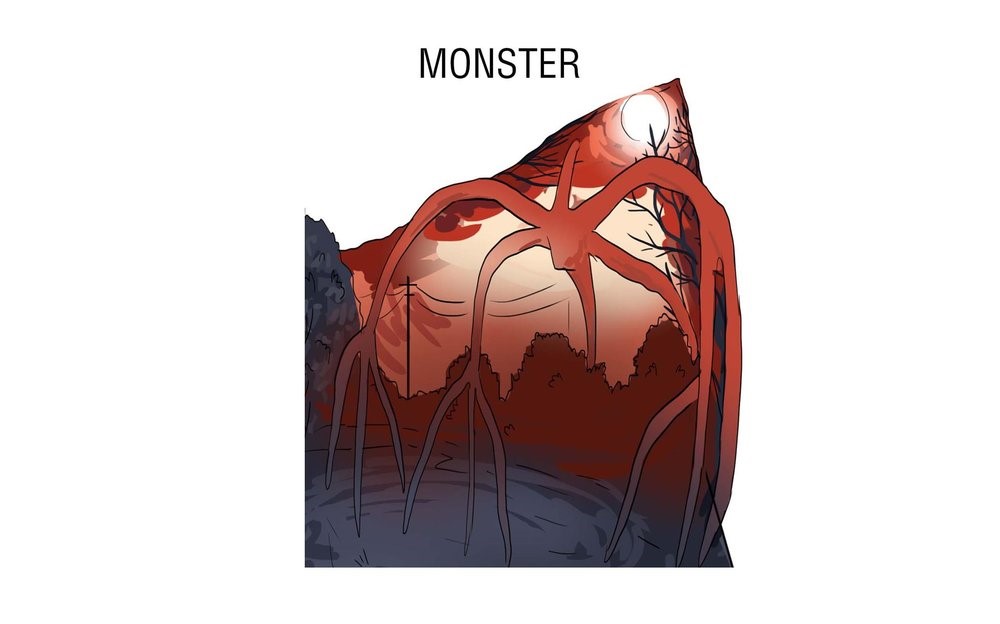 The final big room would be inside the Upside down. The giant looming monster would be coming at you. A large fan would be blowing wind at you, making it seem like he’s now attacking you with his smoke! Where is there to hide from it??? 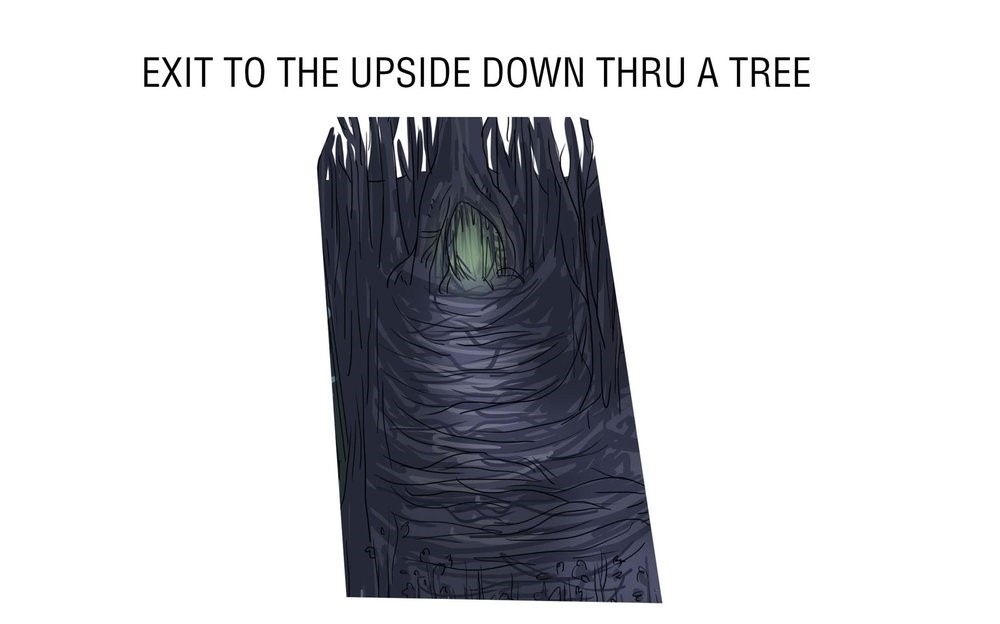 Did you want to support us making more of this type of concept art? Check out our Patreon account, CLICK HERE. You can help us decide what rides to work on and what to include in the design!

Help me design the next concept I make!! Comment below an idea you would like me to visualize.

Now for the legal part. These are just concepts that I made for fun. None of these are endorsed by Universal or Netflix. Please just look at them as cool fan made concepts.

They said a live action movie could never be made of the Lord of the Rings book(The bakshi animated movies were released in 1978)....
Read more

With Star Wars land only a year away from opening, most people seem to have forgotten about the Marvel land that was announced! Currently...
Read more

Recently there was a Coco ride hoax where rumors swirled around The Haunted Mansion being closed and replaced with a Coco reskin. Obviously there...
Read more