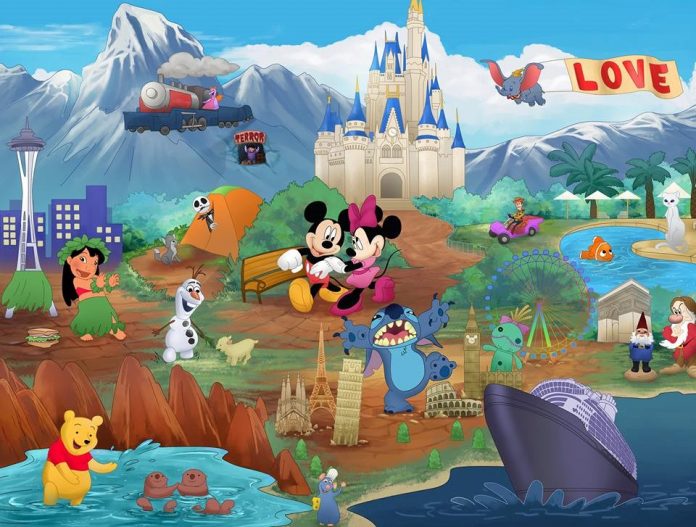 Each year for Christmas, every couple has to find the perfect gift for their significant other. It has to be awesome and thoughtful at the same time. Hairs are pulled and frustrations rise when it becomes harder and harder to make sure you have the right gift for Christmas

I’m no exception. Over the past years, I’ve always tried to one up myself in terms of gifts. One time my girlfriend were watching Sweet Home Alabama. One of the main characters in the movie collects sand that has been struck by lightning. Well, I heard her say that she always wanted one of those, so 5 months later I managed to find one on the internet and Voila! Awesome gift. 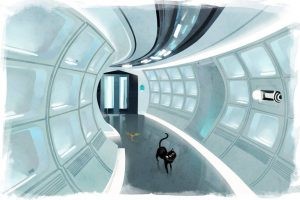 The next year, she had talked about a children’s book she used to love reading when she was younger. It was called Slinky Malkinki Open the Door. Well, 5 months later I had hired a graphics designer to make another version of that book but with a twist. I would turn her favorite childrens book into a Star Trek version! It included scenes from all the latest star trek movies and she absolutely loved it.

Well, for 2017 I now had the task of one upping myself again. This was all in my head as she never put any pressure on me to keep delivering amazing gifts.

So what to do

And then it hit me, we had just gone to Disneyworld and the whole time she was constantly finding paintings that she wanted but couldn’t afford at the time. So I double checked the paintings prices and balked a little at the price. A couple hundred dollars for something mass produced(albeit it in quantities of 100’s or thousands) that wasn’t really unique to her.

So, I took a leaf out of 2016’s Christmas present and re-hired the same graphic designer to make something new!

The project: A Disney painting mixed with Elements of Where’s Waldo. My idea was that I had individual stories happening in the painting with each of these representing a vacation we’ve gone on in the 5 years we’ve been together. We rented golf carts on Catalina Island, went to a petting zoo in Cape Cod, walked through central park in New York, visited the alps, took a train to Portland, went through the tunnel of terror in Idaho, visited Monterrey Bay, took a cruise ship throughout Europe, ate lots of cheese in various places, met a friendly cat in palm springs, and many more. 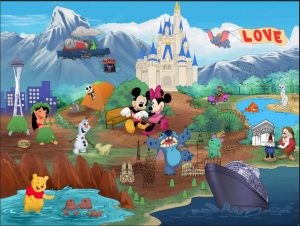 I had to convey my designs to the graphic designer and incorporate a Disney character into each one of these vacation representations. It was a challenge! I had to pour back over Facebook albums to make sure I didn’t leave out any vacations.During the last stages of development on the image I came up with the brilliant idea of adding five hidden mickeys to represent our recent five year anniversary. She always kept showing me the various mickeys in all the rides, so I knew this would be a hit with her.

Well, the painting turned out amazing! And here it is! Let me know if you can spot all 5 Hidden Mickeys in it! 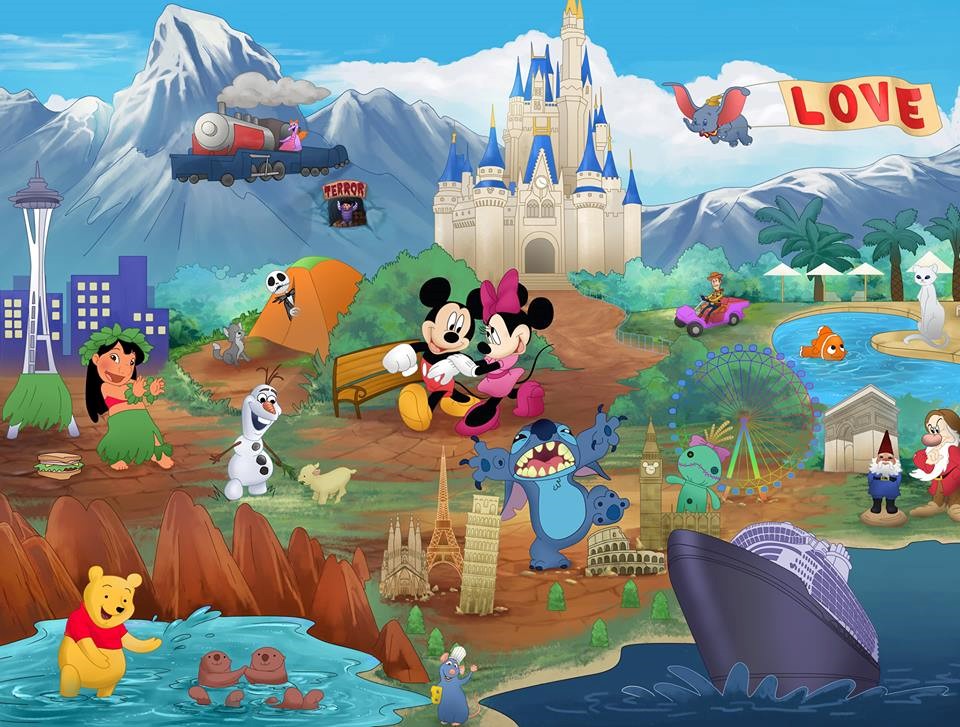