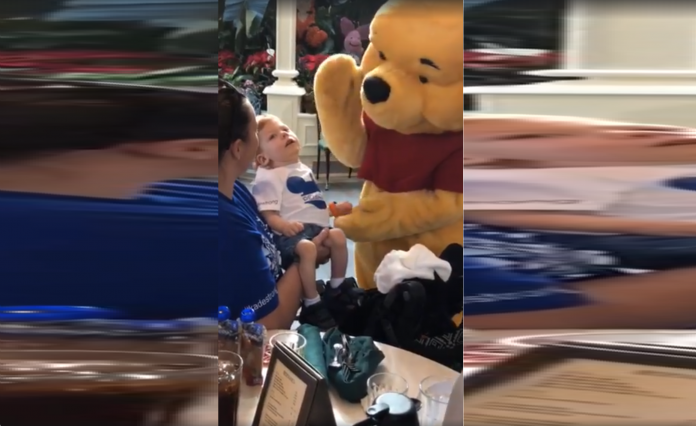 Video of Winnie the Pooh and boy with disabilities goes Viral

Jessie Barber’s 18-month-old son has Cerebral Palsy. She took him to Disney World’s Magic Kingdom to treat her son. Cerebral Palsy is a condition that causes impaired muscle coordination (spastic paralysis) and/or other disabilities.

She was used to people looking at her son and not knowing how to react or behave around him.

But what happened next with her son and Winnie the Pooh will melt your hearts!

The video was taken at the Crystal Palace in Disney World’s Magic Kingdom on Monday and has since gained over 37 million views!

“For those of you who have disabled children know the feel when people look but aren’t sure how to interact with your kiddo. This Winnie the Pooh melted my heart and knew exactly what to do!
He spent 10+ minutes with our little guy and he loved every second of it.?