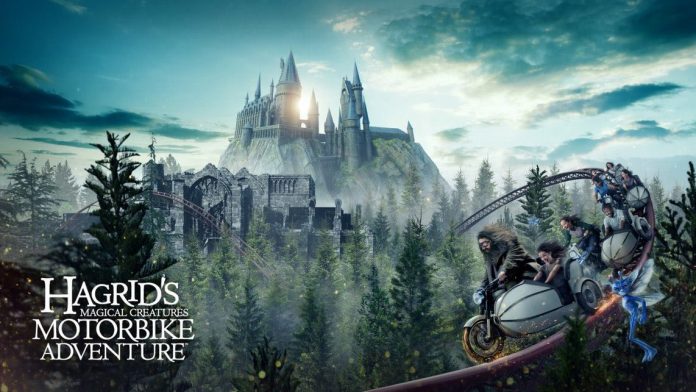 Hagrid’s Magical Creatures Motorbike Adventure has been revealed to be the name of the new Harry Potter coaster! This coaster has been under development for some time but we haven’t officially received any details or it’s name until now.

Guests will be able to fly over the grounds of Hogwarts castle and beyond in this thrilling new roller coaster. You’ll be able to see the Wizarding World’s rarest magical creatures.

This new coaster will open on June 13th, 2019 at Universal Orlando Resort. You should be paying attention to this new attraction because it will probably be the most highly themed roller coaster on the planet when it opens.