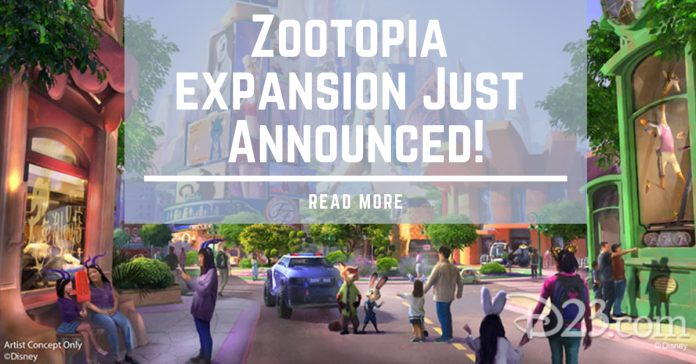 Guests will be able to enter the city that Judy Hopps introduced us to and will truly get to be one with the animals! The land will include a new, major attraction that will blend Disney’s storytelling magic and their state of the art technology.

“We are thrilled to announce that Shanghai Disneyland will be home to the world’s first Zootopia-themed land,” said Bob Chapek, Chairman of Parks, Experiences and Consumer Products, The Walt Disney Company. “The rapid rate of expansion at Shanghai Disney Resort demonstrates our confidence and commitment to the Company’s future development in China.”

It comes as no surprise that this is the newest land that Disney is bringing to life in China. Zootopia broke the charts and became China’s No. 1 animated feature film in history! Disney would be crazy not to try to catch that hype in their very own land.

Construction will begin later this year. We definitely look forward to hearing more details about this land and what it may entail!